The Lost Husband: Interview with the Director | Richmond Moms

The Lost Husband: Interview with the Director

If movies have been a favorite distraction for you these days, put The Lost Husband on your download list. Based on the novel by bestselling author Katherine Center, this heartwarming and funny film features Leslie Bibb (a woman rebuilding her life after her husband’s death) and Josh Duhamel (a ranch hand who serves as a love interest). We spoke to the film’s director, Vicky Wight, about the film, her career as a producer/director/writer, and what it was really like working with stars Bibb and Duhamel.

How did you decide to take on this project?

I read the book in two days at the recommendation of a friend. I loved the characters immediately and knew them. I recognized the Texas the author described and knew I could translate the story into film.

Josh Duhamel, Leslie Bibb-such a wonderful cast. What were they like to work with?

Oh, I was so lucky with such an amazing group of actors. The casting process was a delight. My casting director, Rori Bergman, is just the best at this particularly difficult skill. I had always really loved Leslie Bibb (from a show way back when called Line of Fire). I think she’s an excellent dramatic actress. She has great comedic timing as well as a wonderful emotional range that we haven’t seen enough. I wanted to explore that with her. When she signed on as the lead, she also signed on as a producer. Her belief in the film helped immensely when it came to attaching other actors. We both loved Josh for the role of O’Connor and she called him to lay the foundation for him being part of the film. Josh has so much talent. He’s always prepared and really digs into a character to find the humanity. I had worked with Nora Dunn in the past and I think she can do just about anything. I can’t say enough about the supporting cast. Herizen Guardiola was excellent and the kids, Callie Haverda and Roxton Garcia, were amazing. Truly, everyone was a pleasure to work with. Filming scenes with Isiah Whitlock Jr. and Sharon Lawrence was a dream (and a dream-come-true). 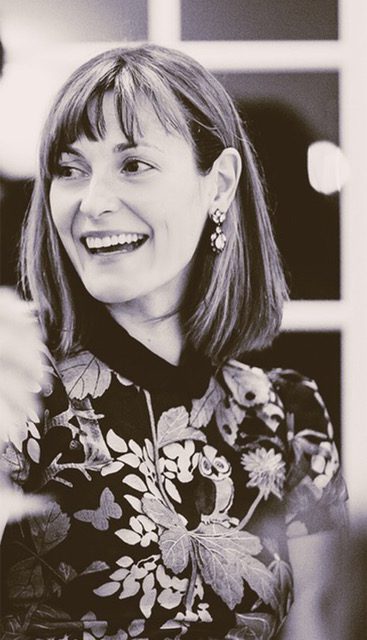 Why is The Lost Husband a perfect movie for these times?

I think it’s the perfect for movie right now because it’s not only an uplifting narrative about finding love and a true home, it’s also about persevering through a difficult season in one’s life. It’s a movie that feels like a throwback to romances of old and it’s purposely paced for the farm setting. The main character finds a new life on a farm, away from the city. Life slows down, but it also becomes more ideal in many ways. I think there are some parallels to what many of us are experiencing right now.

Roger Ebert said “Wight has skill with character, finding nuance in those moments that many other writer/directors would have turned into pure cliché”. What is it like reading reviews like that of your work?

Well, that’s the first time I’ve read that quote. It’s so lovely. I didn’t actually read any of the bad reviews or any of the good reviews of the film. It’s so hard to work for years to put something you feel has real value into the world and have someone tear it down in two or three words or sentences with a bad review. I didn’t make Dunkirk or Parasite. I made a movie about a woman struggling to start her life over in the Texas Hill Country. I hope people like the movie as much as I loved making it. That’s truly all I can wish for.

What do you hope all women take from this film?

I hope women (and men!) will take the message that love keeps popping its little head up throughout your life. You may have lost but you can live and love again. Also, I think we should all remember that love arrives in different iterations. From friendship to familial to romantic, the point is to find a connection and feel like you’re not alone in this great big fragile world.

You started your career in film distribution. How did you make the transition to writing/directing and what advice would you give other women looking to make a career pivot/move to follow their passion?

I decide to make a short film out of the blue. The film was accepted to SXSW which gave me the little boost to keep going. I had always wanted to be a screenwriter but directing sort of landed on me with that short. I was diagnosed with an aggressive cancer soon after that short was accepted into SXSW so I had to table my plans. When I got the all clear, about two years later, I just started to work my butt off to do what I’m doing now.

How has being a mom impacted your work?

I have two girls, 14 and 11 and I have great husband who has been an extremely wonderful support and help throughout all this movie making. He is my partner in all things and I couldn’t do it without him. My girls are both very creative and very witty.  That impacts my work constantly because I’m always trying to impress them.

Who are your favorite female directors/movies directed by women?

I love so many… Some that come to mind right now…

Eva Amurri Martino—the blogger behind Happily Eva After—loves putting together classic Christmas cocktail parties, which she says satisfies her annual case of holiday nostalgia. “The classics never go out of style, and Christmas cocktails are so delish!”... 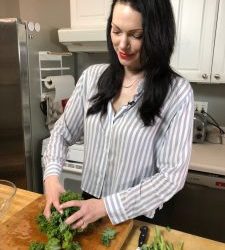 Actress and director Laura Prepon has played plenty of memorable roles in her life—feminist teenager Donna Pinciotti on That ‘70s Show and prison inmate Alex Vause on Orange Is the New Black both come to mind—but her newest one is mom to 1-year-old Ella, who she shares with husband Ben Foster. Here she speaks to The Local Mom’s Network about how motherhood has fundamentally changed her life, from how she cooks to how much she worries (hint: both are more now). 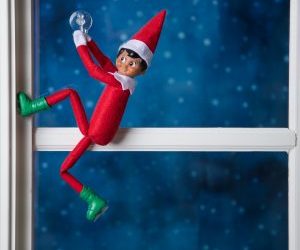 The Elf on The Shelf Interview: Behind the Book & Brand

Anyone else taking on Elf on the Shelf moving responsibilities this time of year? Since 2004, The Elf on the Shelf brand has grown from a single children’s book, written by mother daughter team Chanda Bell and Carol Aebersold as a way to reconnect with...

Allbirds best-selling kids shoes are back and cute

💡 Need a fresh fundraising idea for your parent

Congratulations to Rihanna on the birth of her bab

Any Lab Test Now is a locally woman owned franchis

Summer is synonymous with salad, and now salad is

Last week's tragedy in Uvalde, TX has many of us w

As we gather with friends and family, we thank the

This Build Your Own Rice Bowl Board is a weeknight

Ever wish you could magically stop a toddler meltd

As the saying goes, April ☔️ bring May 🌺…

These asparagus crostini scream spring, and the tr

This week's Meet a Mom is a Richmond native, an am

Anyone else *more* than ready to swap winter coats

In our opinion, sleep and skincare become more imp

The Beijing 2022 Paralympics were a few weeks ago

This fresh spring salad from @kinneylanefoods is e

How cute are these Peeps Rice Crispy treats from o

This Lemon Yogurt Cake just says “Spring” to u